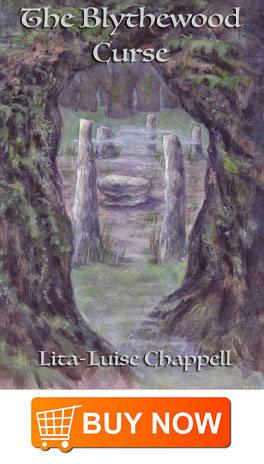 In 1890, Amelia and her brother William are informed that their estranged father has died, and they have inherited his home in England’s North York Moors. William escorts Amelia and her son Rowland from London to the house, only to find many unanswered questions. Why had their father left London without telling them? How had he come into possession of the house? Why were several of the rooms left untouched by not only their father, but the previous owner? Why does their father’s grave have a strange epitaph? What are the strange lights in the forest at night? Who is willing to tell them what really happened to their father? Despite these curiosities, Amelia enrolls Rowland in the local primary and they meet the headmaster Giles Arden, Rowland’s teacher Beth Cagar, and her daughter Tess. Each befriends the family in their own way. Tess seems to have a magical way with animals, and Rowland wants the same power. Beth says she can help him, but Rowland senses that something is not quite right. The townspeople know what happened ten years ago, but only a few of those, who did ritual within the stone circle, know about the curse and its devastating effects. It takes William’s discovery of a hidden diary, Amelia’s blossoming affection for Giles, and a curious Rowland, to discover the truth.

Set among the historical and fascinating 1890s England’s North York Moors, The Blythewood Curse takes the reader on a magical and mythical journey through old churches, ancient religions, mystical woods and forests, and a small town with big secrets.

The writer describes the area with such attention to detail that one can actually see the escarpments, the flickering lights in the woods, the small quiet town, and the windy pits (which I knew of but never seen). I especially enjoyed the historical and pagan religion aspects that were interwoven in the story.

There is something for everyone in this story- a 10-year-old secret, a father’s mysterious death and the strange epitaph on his grave marker, a handsome headmaster, veiled jealousy, unrequited love, passion, and characters that are memorable and truly interesting.

I found myself eager to read about Amelia and William and their quest to find out why their father moved away and left them an old house with secrets and mysteries of it’s own. I was intrigued by the headmaster of the school, Giles Arden, the school marm and her daughter, who all figure into the story. Who were the former owners of that old house Amelia and William inherited and who is Merton, the curmudgeonly groundsman who seems to know more than what he is revealing?

I took this book with me while I vacationed on the beach and it was a perfect summer read. I couldn’t put it down and read it in 2 1/2 days. That, for me, is a true measure of a gifted storyteller and writer.

Looking for something to read this summer or just a great read in general? I highly recommend The Blythewood Curse by Lita-Louis Chappell.

“The Blythewood Curse is an enjoyable read.”
Review by Diane Lucero

I applaud the author’s ability to create a believable backdrop for The Blythewood Curse to unfold. The detailed description of homes and surrounding lands of 1890 North York Moors were written in a way that takes you right there with the moist earth under your feet. I appreciated the background of the location, local culture, and religions of the time because it added more texture to this tale. At times I could hear the trees talking or see the flicker of light off in the woods on a dim moonlit night, or feel the rush of air standing over a windypit. I could almost feel the cool air of the back porch on a quiet night. The story unfolds with ease while the reader gains familiarity with the towns and their people. At times the pages flew by as I hurried to find out what happened next to Rowland, his mother Amelia, or her brother William, as well as the father. I was able to read this over a weekend and I feel that is a good sign of an enjoyable book. The story delivers a satisfying ending that wraps up all the important characters as we leave Blythewood. Overall it was enjoyable to read, it did not overwhelm me with too many people or confusing storylines, and it had a good ending. I would recommend this to young readers and adults alike.

By cover artist Joan Johnson:
Once I started reading it, I could hardly put it down. And what an ending! You really tied up any loose ends, too. Loved it! Excellent writing. I have one comment for you… Keep writing! Thanks again.

From Merlin of the Hill & the Wood:
‘Tis a finely wrought tome, and excellent in all regards; the characters are well-drawn and with just the right amount of depth, the locale around Helmsley is sumptuous and inviting, and the structure is right-fine… I especially liked the section on the Storyteller and his tales. As a peace-keeping device, local Gods and Goddesses were said to form relationships with others from different places, bringing about a kind of unity, and ultimately, a pantheon that large numbers of folks could call their own… Using the Ryedale Windypits was brilliant; I know of no other who has written about them, and they are both unusual and kinda chilling, fascinating and nightmarish – well-suited to a tale such as this… In the Author’s Note, you stated that the Celtic religious practices declined after the Roman incursion. I would point out that it was not for lack of interest on the folks’ part, but rather, due to the Romans burning the Groves and driving the Druids underground. Since the Druids’ healing knowledge was too valuable to be lost, it fell to the local Wise Women to carry it forward. You have my thanks…