(An excerpt from The Sylvan Woods of Lake Nemi)

Elena approached and tried to see behind the plywood. She saw something dark that she didn’t expect. “Leo, help me move these away from the wall.”
“What? Why? What in the world do you think you will find?”
“I don’t know, but it looks like something’s behind there. Please, I just want to look, okay?”
Leo knew from experience that arguing when she had set her mind on something was pointless. The best thing to do was to appease her and show her that she was mistaken. “All right, but then we’re leaving. Promise? I’m getting hungry.”
“I promise.”
They stood on either end of the large sheets of plywood. They moved the first piece away and leaned it against the shelf with the tools. They moved a second one and a third. When they removed the fourth one, they stood holding it in surprise. A short wooden door was in the wall.
Leo had to relent. “Okay, I stand corrected. There is something behind the wood.”
“Yeah, and what’s more, it looks like it was purposely hidden.”
“Hmm, I’m not sure about that, but it is odd. I mean, where could it lead to so close up against the cliff?”
“Yeah, and you know what? It has a porcelain knob, which was popular in the mid-1800s. I think this is the front door of that deserted farmhouse from next door.”
“I know you won’t be happy until you try to open it, so go ahead.” 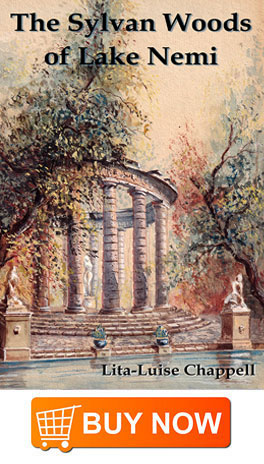 For some reason, Elena was hesitant and she didn’t know why. But her curiosity was strong, so she slowly stretched out her hand to the all-white porcelain handle, even though it would most likely be locked. Within those few hesitating moments when she had her hand on the knob, she immediately became dizzy. She began to sway and then started to fall back. Leo caught her just in time.
“What the hell! Elena, Elena, are you okay?”
Slowly, she regained her sense of balance and stood staring at the door.
“Uh, what happened?”
“You must have gotten dizzy. You started to faint.”
“That’s weird.”
“Okay, this ends now. We are putting the wood back and getting out of here. Maybe you had too much sugar from that pie for breakfast. I think you need to eat something more substantial.”
They carefully moved the sheets of plywood back and exited the room. Then closed the plastic, and returned the wood planks back the way they had found them. They made their way back up the dirt stairs and across the scrubby plateau. At the car, they sat inside with the doors open to cool the interior.
Elena just knew there was something odd going on.