(An excerpt from The Thelemic Cookbook: Cooking with Correspondences)

In each chapter a menu is presented, followed by all the recipes for each menu offering. After each recipe is a short section which gives the magical correspondences for each food in the recipe. Generally, each menu offers three to four appetizers, a soup and bread, salad, main course, two to three side dishes, three to four desserts, and a list of beverages including juices, teas and alcohol.

A main course that would fall under the sign of Leo was a little harder to decide on. Lion is going for $500 per pound, so we are left with what a lion might eat. They predominantly feast on zebras, giraffes, pigs, antelope, Cape buffalo and wildebeests, along with some smaller game. The pig is reserved for another menu, so the best option is buffalo or bison. Buffalo and bison are not the same. Buffalo is known in Africa and Asia but only the bison is known in North America.
Ground bison meat is more common in the marketplace now at less than $10/pound, because people are finding out that bison has less fat, lower cholesterol, less calories, and more protein than beef. Unlike beef, bison meat is more finely marbled, it has almost a sweet smell, and the meat is juicy, tender, and light with still a hearty meaty flavor. The sauce is an orange barbecue sauce that really adds a great dimension. 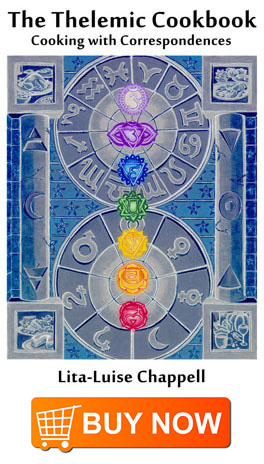 Directions
In a medium frying pan heat the safflower oil and saute the garlic and onions until translucent, and aside to cool.
In a large mixing bowl beat the eggs, and mix in the mustard, Worcestershire sauce, rosemary, salt, and pepper. Add the garlic and onion mixture, the breadcrumbs and ground meat. Mix well and form into a large meat roll that will fit into an oiled 9” x 13” pan.
In a medium bowl make the sauce. Pour in the orange juice and whisk in the vinegar, sugar, tomato paste, Worcestershire sauce, chili powder and minced garlic. Use a pastry brush to brush the top of the meat loaf with a portion of it, retaining the remainder to serve at the table. Bake the pan in a 350°F (180°C) oven for 1 hour until the juices run clear. Remove and let the loaf sit for at least 10 minutes before turning out on a serving platter. Heat the remaining sauce, brush the top of the loaf again, and serve the rest at the table. Garnish the loaf with sprigs of fresh parsley. Cut wide generous slices.