When we got to Fort Niagara the sun was shining. Below is a tower on the edge of the parking lot. 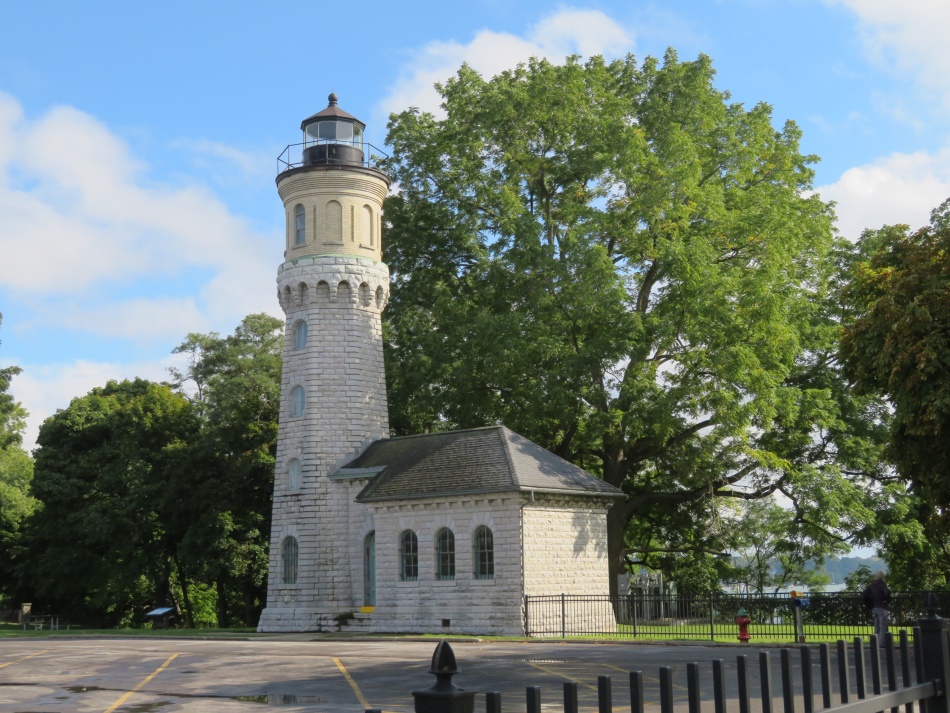 It was a bit of a walk to the Fort, and an even longer walk around it. 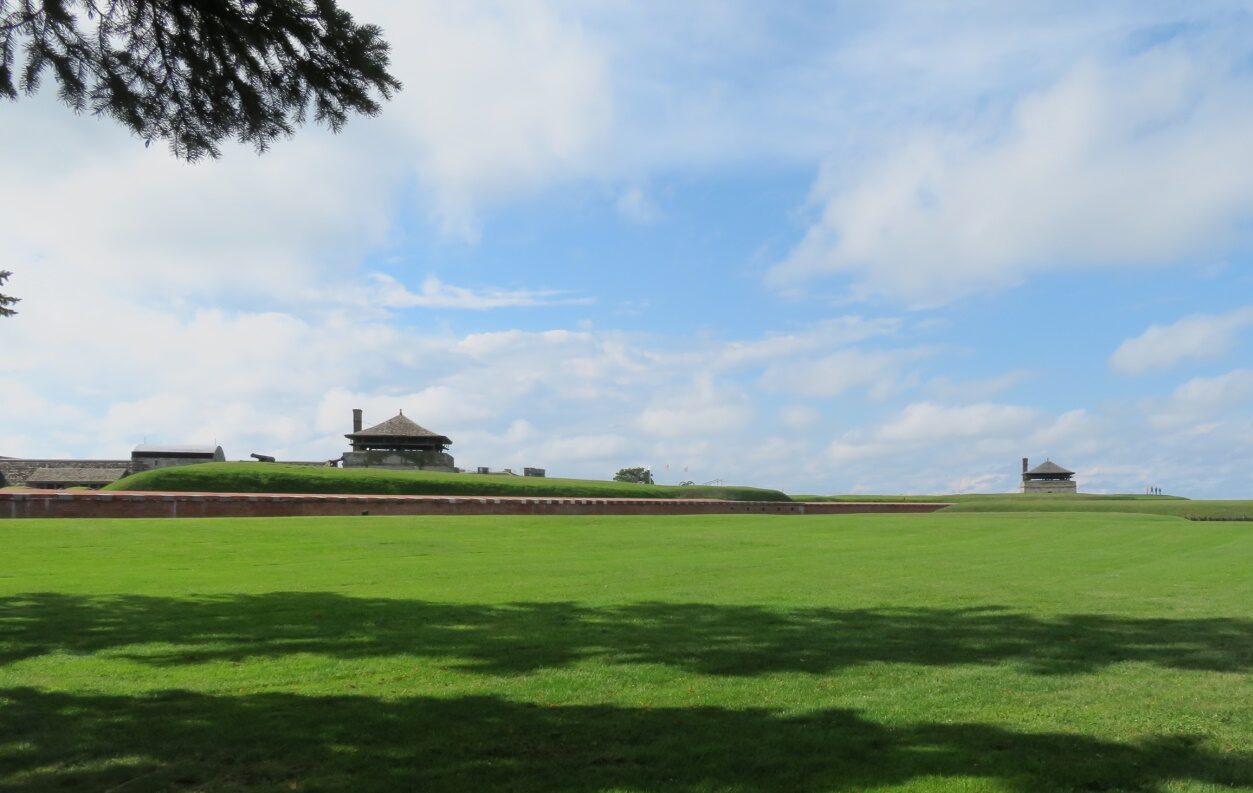 At last we reached the outer wall, and then the main entrance. 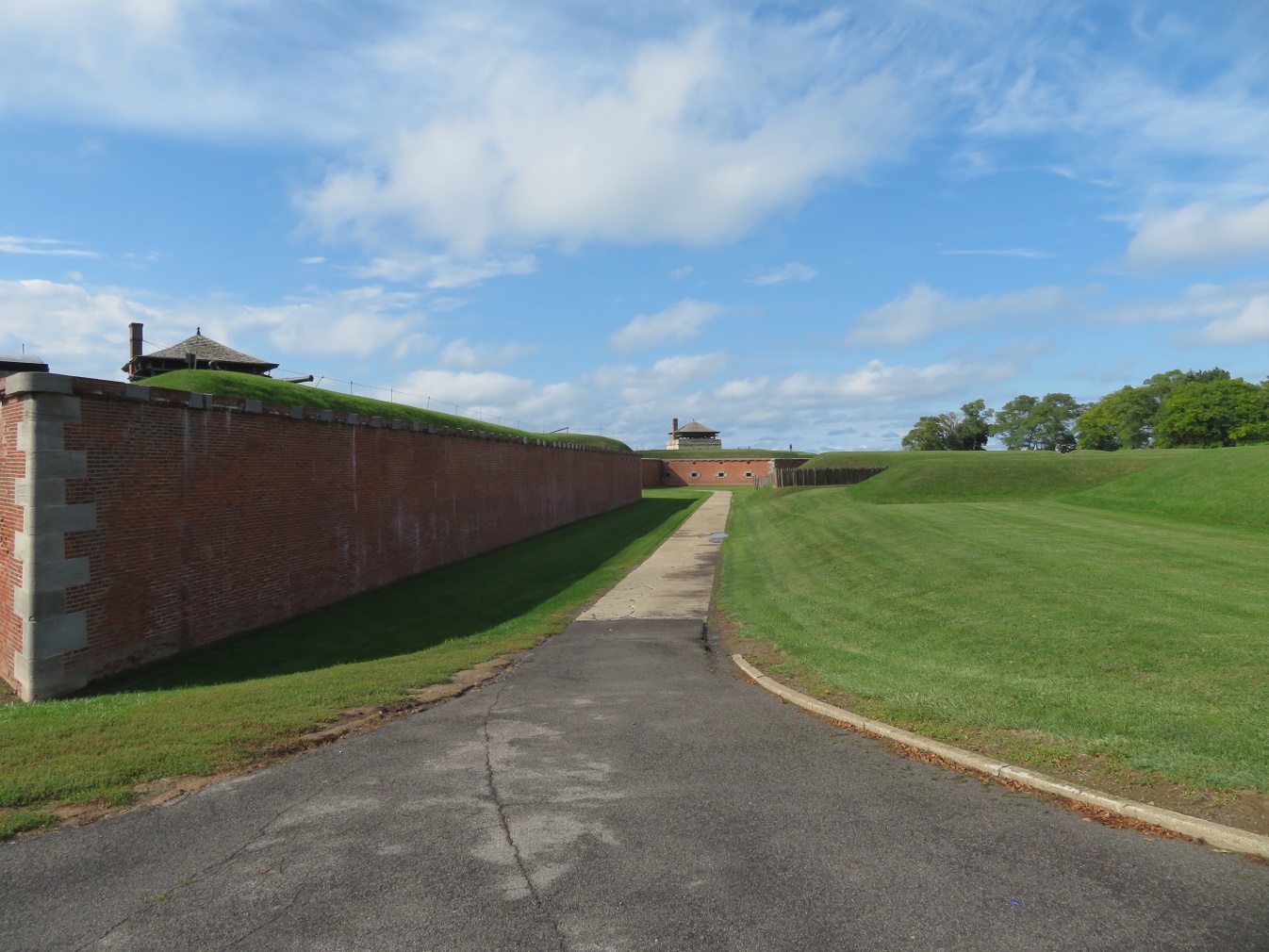 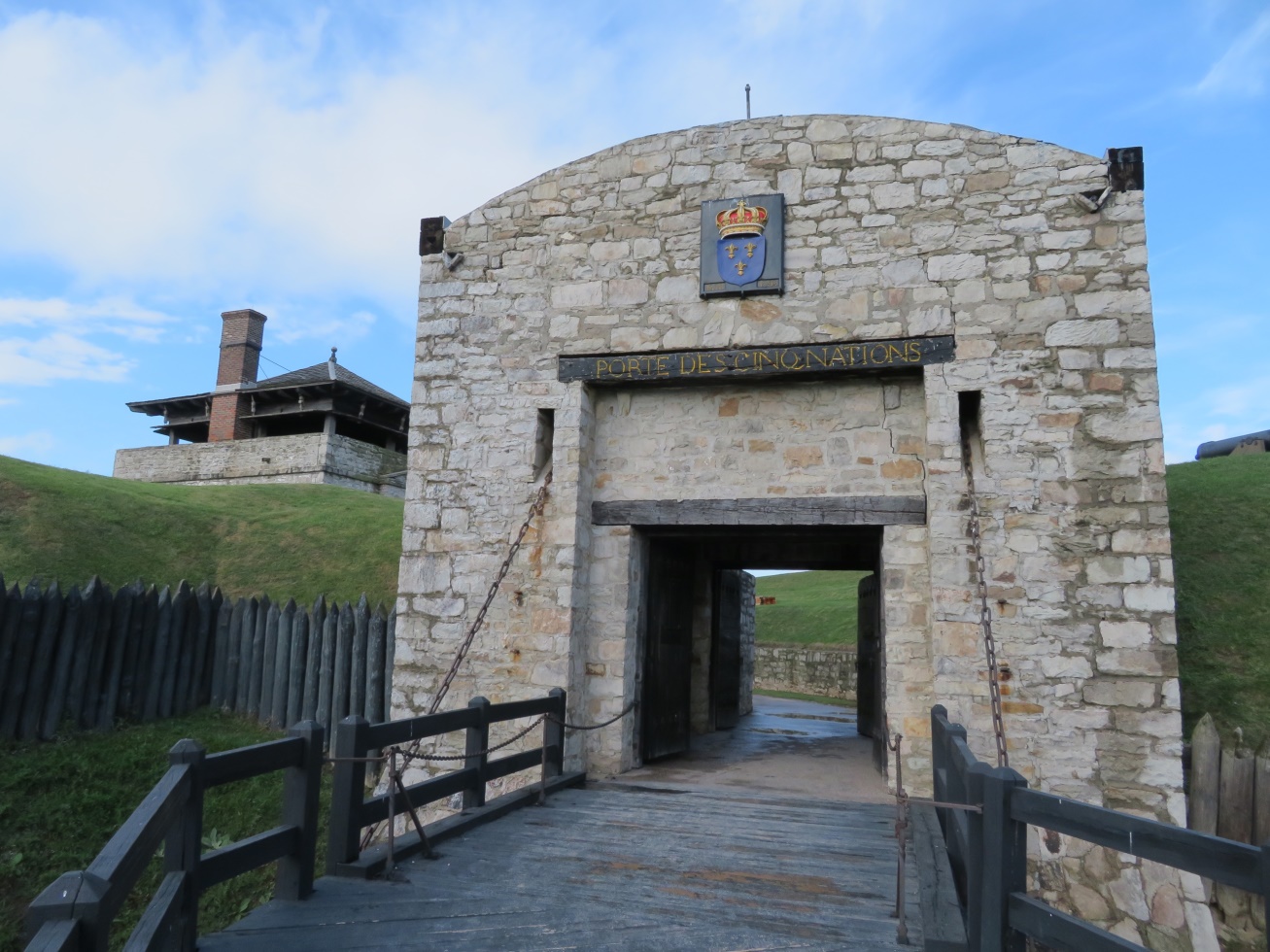 We entered and read how travelers made their way. The sign, below, reads: “During the 18th century, the Niagara Portage provided one of the great access points to the interior of North America. From the east, travelers could reach the upper Great Lakes around Niagara Falls. They could begin their journey by land at the fort, or venture seven miles upriver and go ashore at the Lower Landing in Lewston. Then they continued south to the Upper Landing above Niagara Falls, where travelers reentered the Niagara River and continued their voyage to the west.” 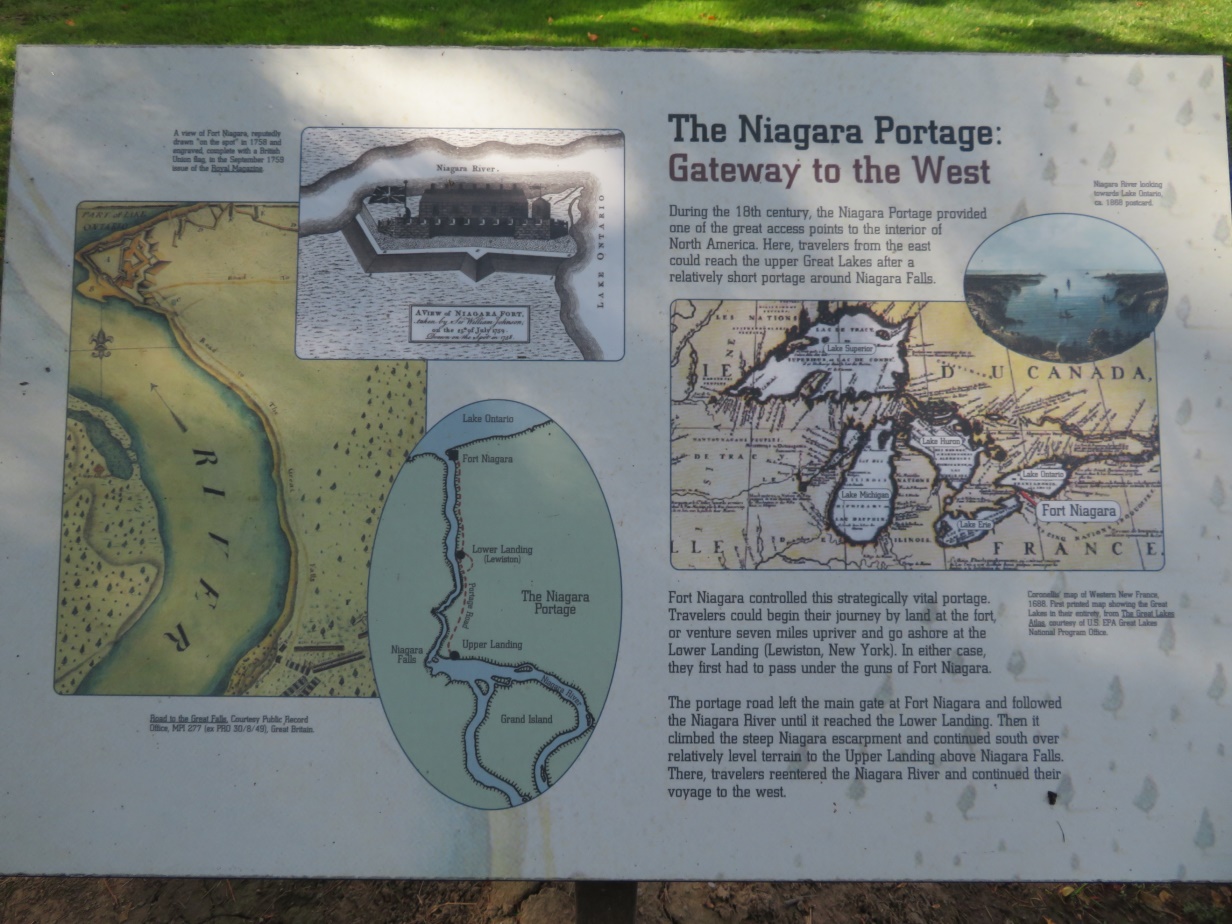 Looking out through one of the towers on a lower level in two directions. 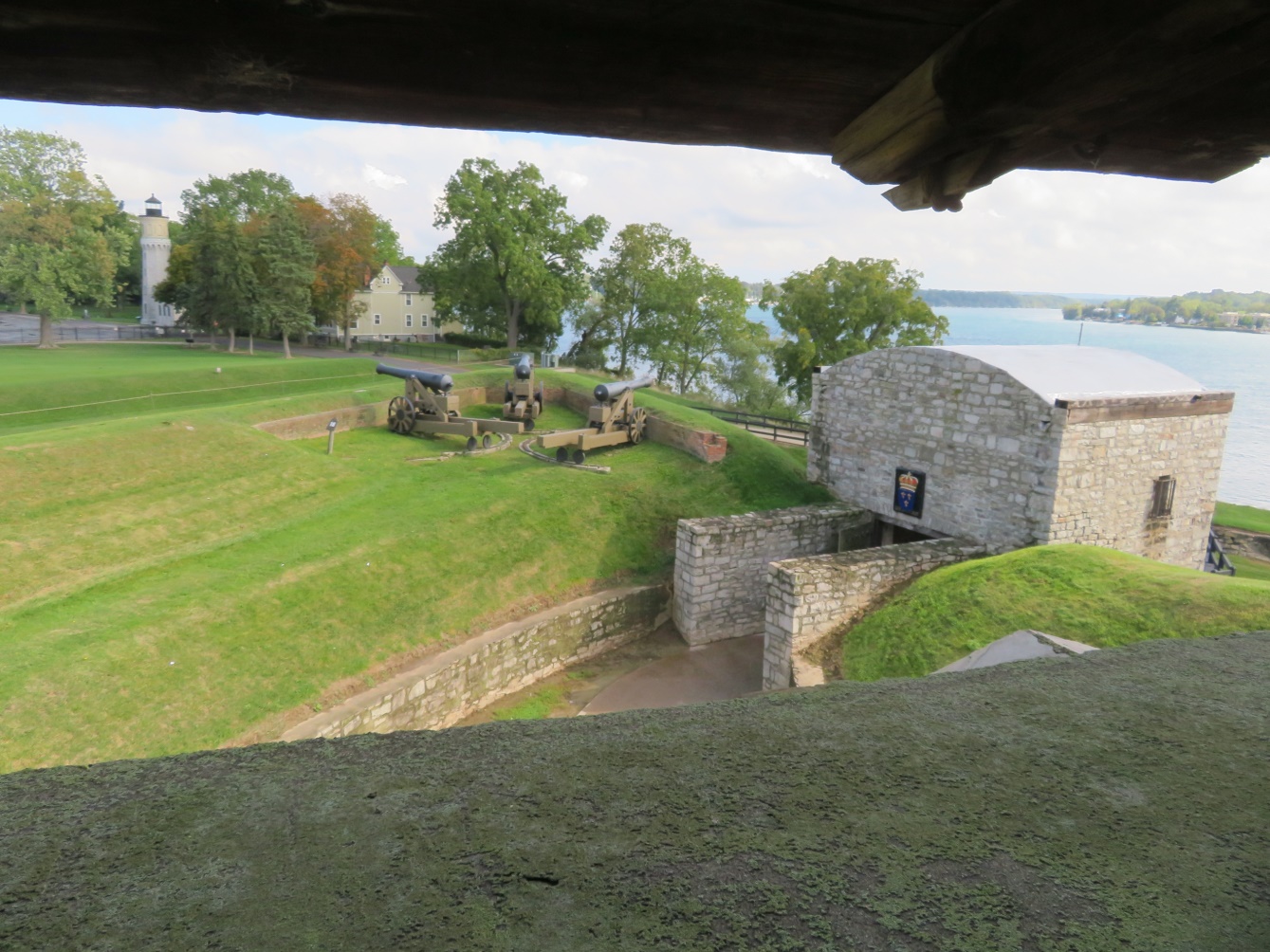 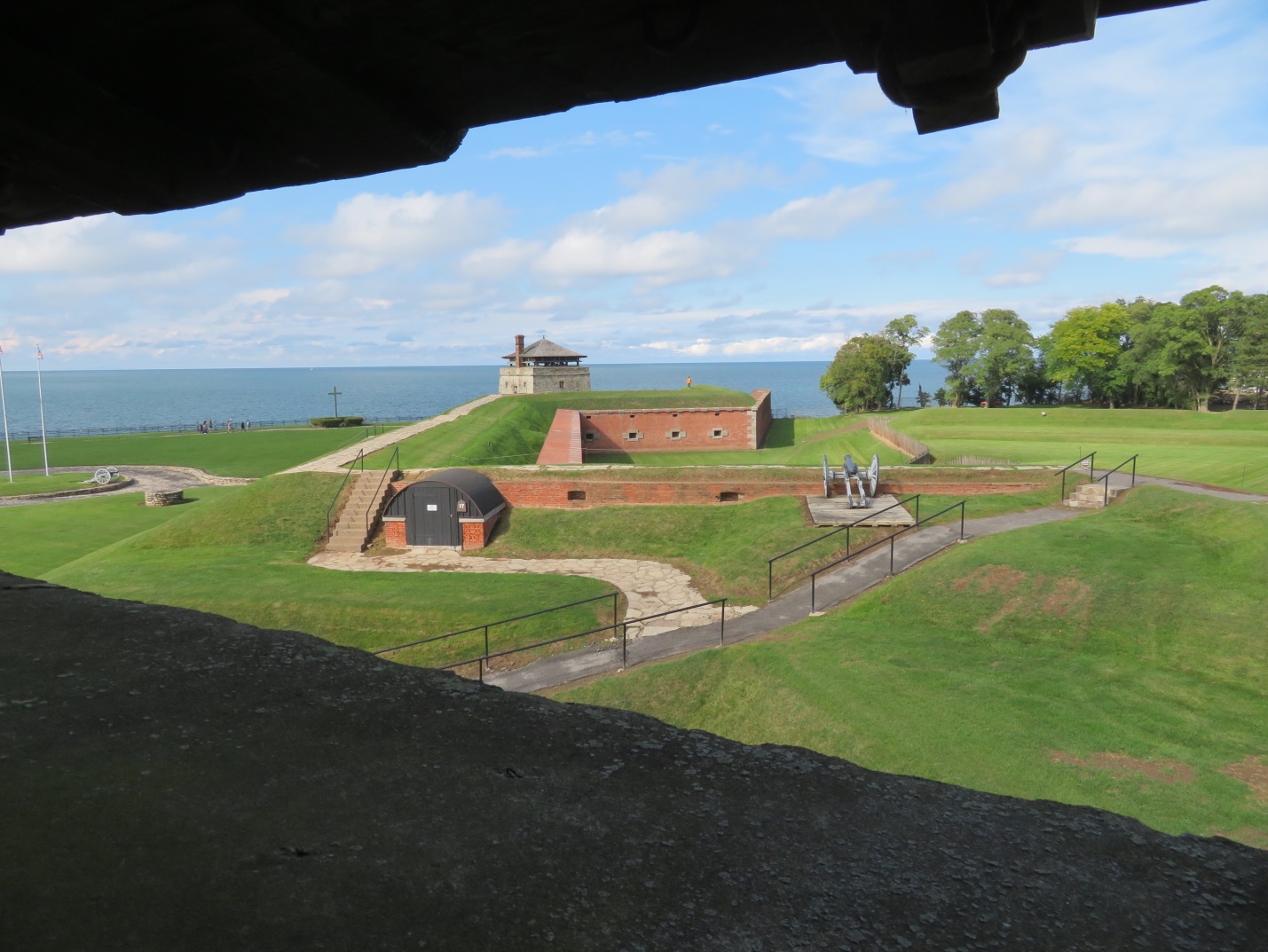 We walked the entire circle of buildings and towers. A picture of the French Castle is next, but it is surrounded by scaffolding for reconstruction. Still, we were able to see enough of its interior space to get a good idea of how the officers lived. The second picture is a view from the back, then there is the powder magazine, and a dining hall, and a room filled with dry goods to show what the soldiers had available to them.