5 Star Review for Hiding In Paradise 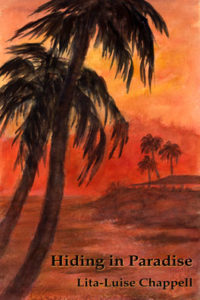 “An escape to get lost in…”
Review by Lilah Shahkhor

Sometimes a book can be the perfect escape. That was both what I wanted and what I got while reading Hiding In Paradise. The story starts off introducing us to Samena Branko and her loving family, who, thanks to her father being the Croatian ambassador to the United States, and them used to that kind of life, she is no stranger to travel, politics, diplomatic functions, and foreign affairs. Her longtime boyfriend Conley Manning, a Croatian undercover agent, originally came into her life when she was in her teens, as it was his job to guard her and her mother when the ambassador was away fulfilling his work obligations.

Samena’s troubles begin when she joins Conley in Barcelona for a much needed romantic getaway. What starts off as a fun game of sorts, with him teaching her some of the tricks of his trade for spying and going undercover, soon turns into a nightmare when he vanishes without a trace. That’s just the start of her difficulties though, because the crime scene she stumbles into next, not only shatters her to the core, but having unknowingly taken a crucial piece of evidence with her, also puts her in great danger. Before she can even decide what to do, she finds herself being hunted down by members of the Croatian Mafia… dangerous thugs who want what she took and who will stop at nothing to get it. But there are also members of an old nationalist organization who are after her, too. The last thing both of these underworld organizations want is for Samena to turn over that evidence to the authorities, or their crimes past and present would be exposed.

This sets Samena off on a whirlwind one-woman race around the world as she tries to outrun and outwit her pursuers. This is when the book picks up its pace and never really lets up on poor Samena, who’s not only dealing with the emotional trauma of what she witnessed, but is also now completely on her own, attempting to stay one step ahead of hardened criminals. Thankfully for her, Samena is whip-smart and not as easy to catch or intimidate as her would-be captors would like. Constantly giving them the slip, and helped by the espionage tricks of disguise and concealment which Conley taught her, she takes the chase from Croatia to Spain, Italy, the U.S., and eventually to an idyllic jungle hideaway in Mexico. The story builds quickly, leaving me at times unable to stop reading because the suspense was too much and I had to know what was going to happen next, as well as Samena leaving her stalkers frustrated to no end! The eventual climax which starts to build from the moment Samena takes off on her escape, did not disappoint, with one pivotal chapter taking place in such a beautiful exotic location, and with such an intense and satisfying outcome, it was a breathtaking scene I won’t soon forget.

A solid adventure tale with a strong female lead, and as much of a love story as it is a tale of independence, Hiding in Paradise was just the book I needed to take me out of my own head for a while, to let go of my worries, and let someone else do the heavy lifting while I tagged along for a most enjoyable ride.

For more information or to purchase a copy, click here.