I had always wanted to visit Niagara Falls, and when at last a visit to upstate New York got planned, it was at the top of the list. We chose to remain on the American side of the Falls, as the river marks the dividing line between the U.S. and Canada. We stopped to see the Niagara River making its way along. 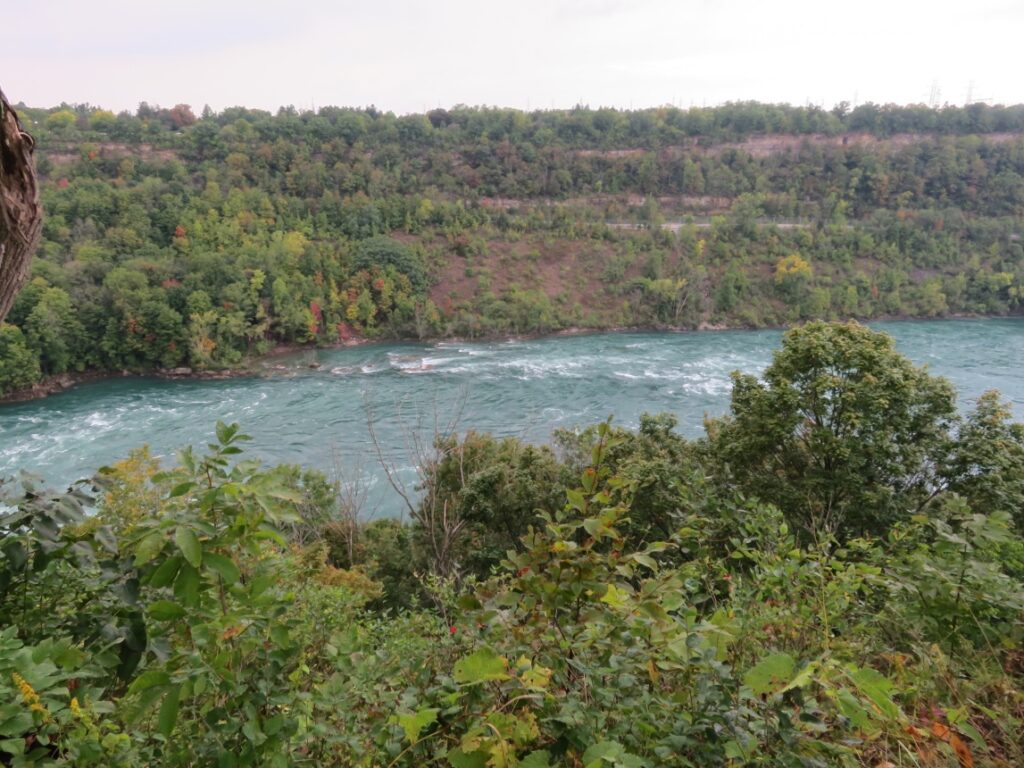 Then took a picture of the Robert Moses Niagara Hydroelectric Power Station. 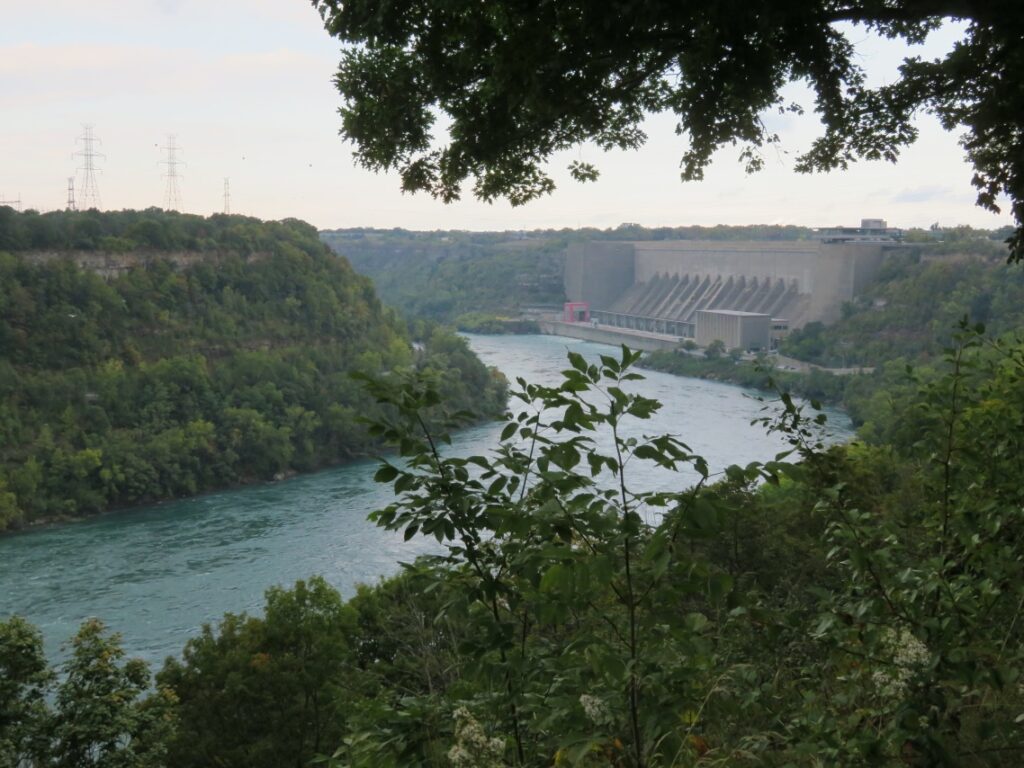 When we arrived in the town, we stayed at the Red Coach Inn, for the pleasure of being right next to the Niagara River. (A separate review for the inn is here.)

Since we arrived in the evening, as soon as we were settled in, we walked across the street and along the walkway to the Falls. At night, huge multi-colored lights illuminate the falling water in tinges of red, blue and green, which only emphasize the rush of the river and the height of the spray, filling the air when the water goes over. 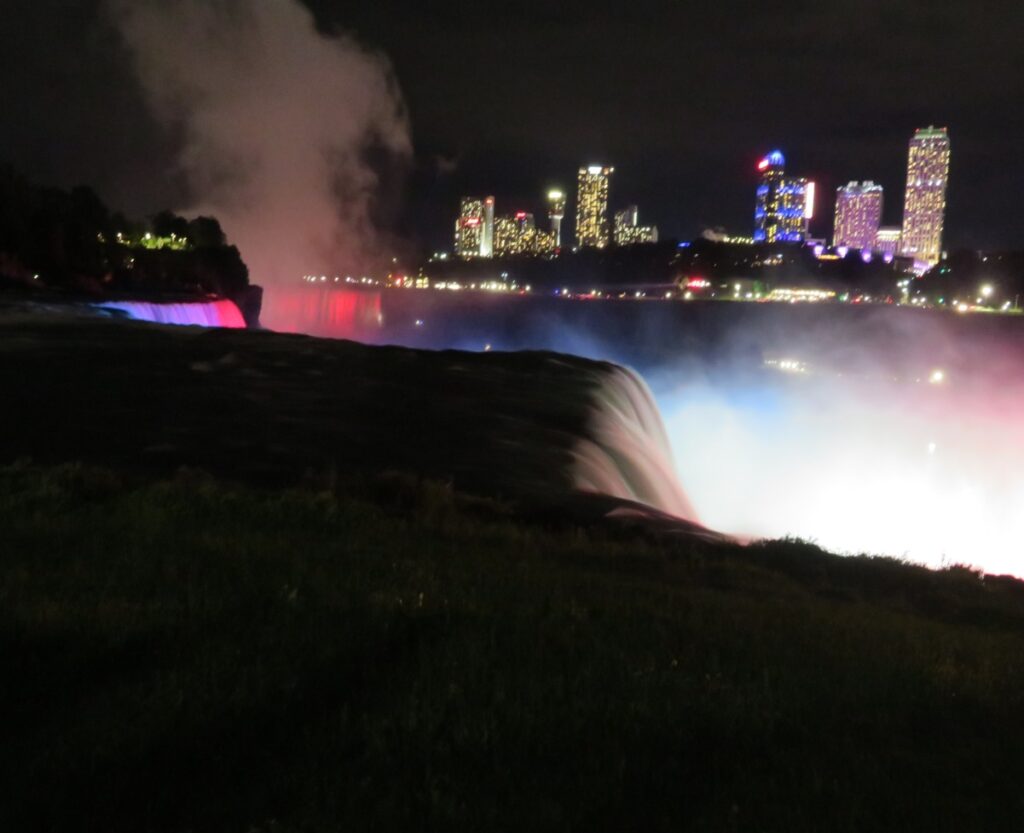 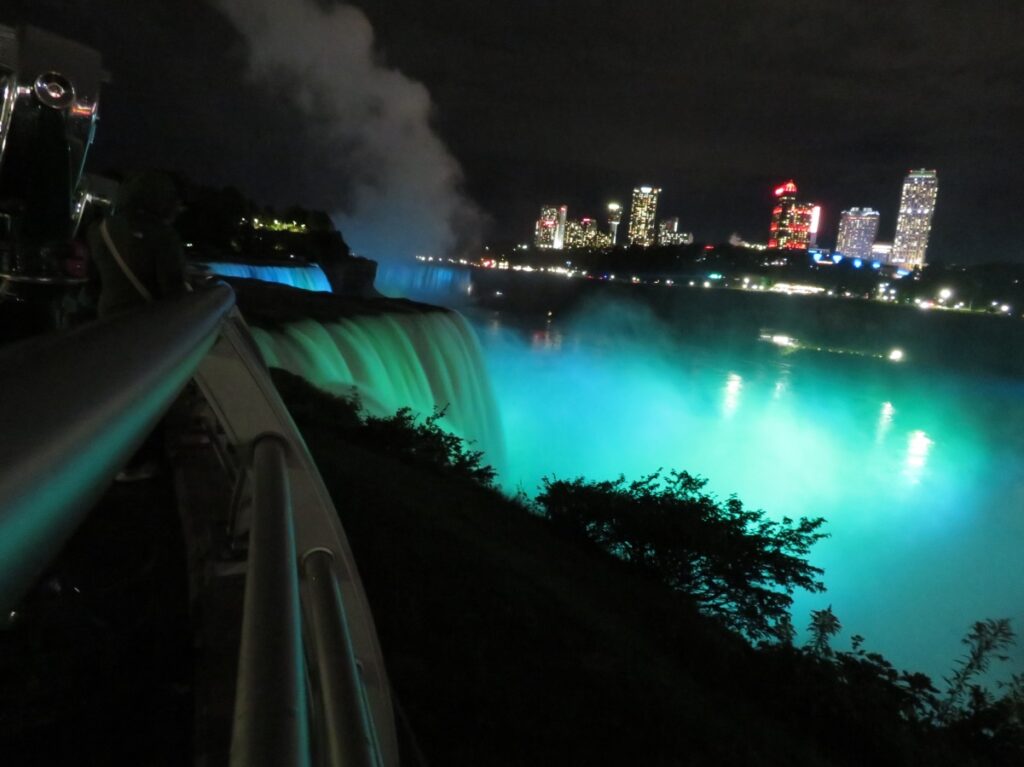 The high-rise skyline of Niagara Falls Ontario was brightly lit beyond the Falls. 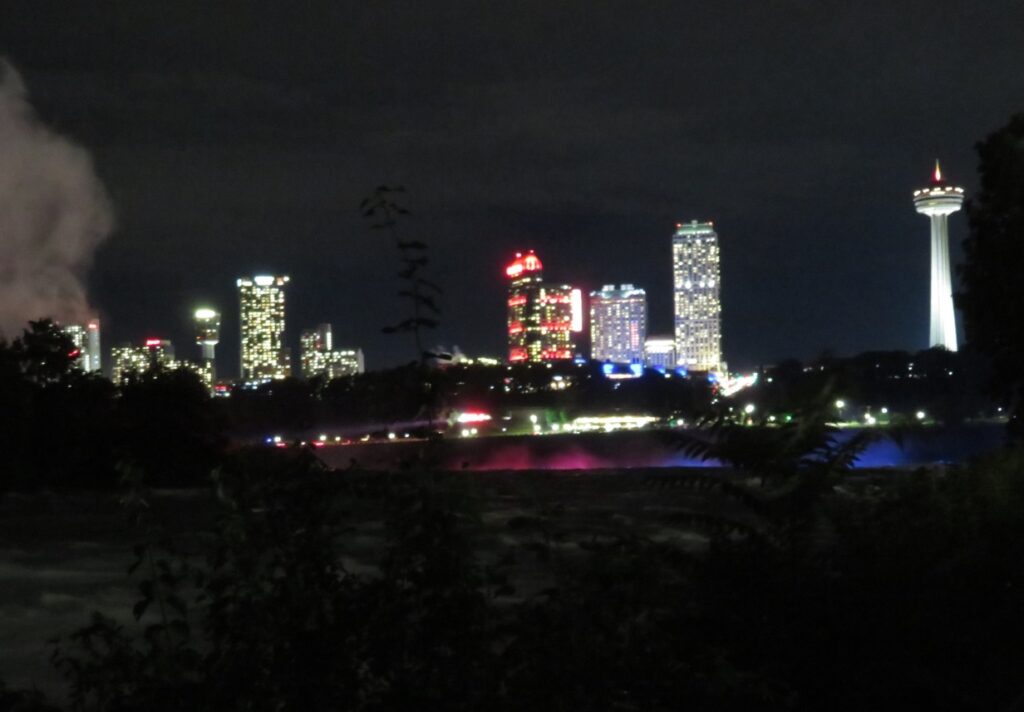 I had read about how the Niagara River is formed and about Niagara Falls, since it was a focal point for our trip. Four of the Great Lakes feed the Niagara River, which flow from separate basins to form a single, natural chain of lakes and rivers. From the interior, the Niagara River flows from Superior to Huron, to Michigan, and southward to Erie.