There are two caverns at Secret Caverns, but only one is open. The smaller one called Ice Cave is closed to visitors. However, the other one called Secret Cavern is open daily, and tours leave every hour on the hour from 11:00 a.m. to 3:00 p.m.

I love a good cavern and have been to many in America and in Europe, so while in upstate New York, and learning there were caves, I had to go. The larger cavern of Howe Cave has an underground lake to boat on and that sounded good, but I was also interested in the smaller one called Secret Cavern. The turn off was hard to miss. 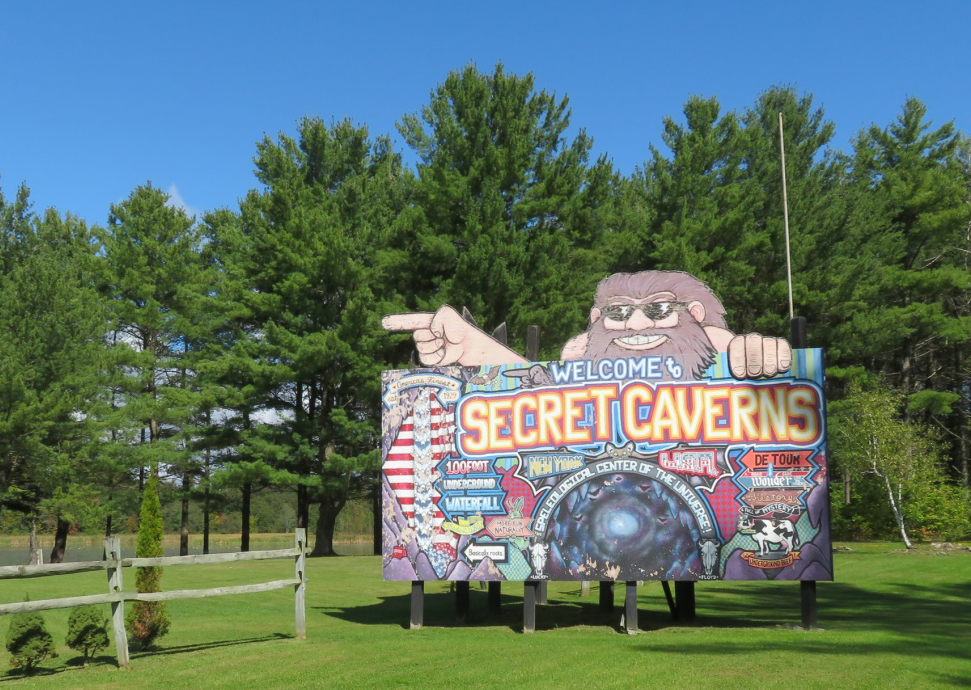 The caverns are in a great setting next to a lake. 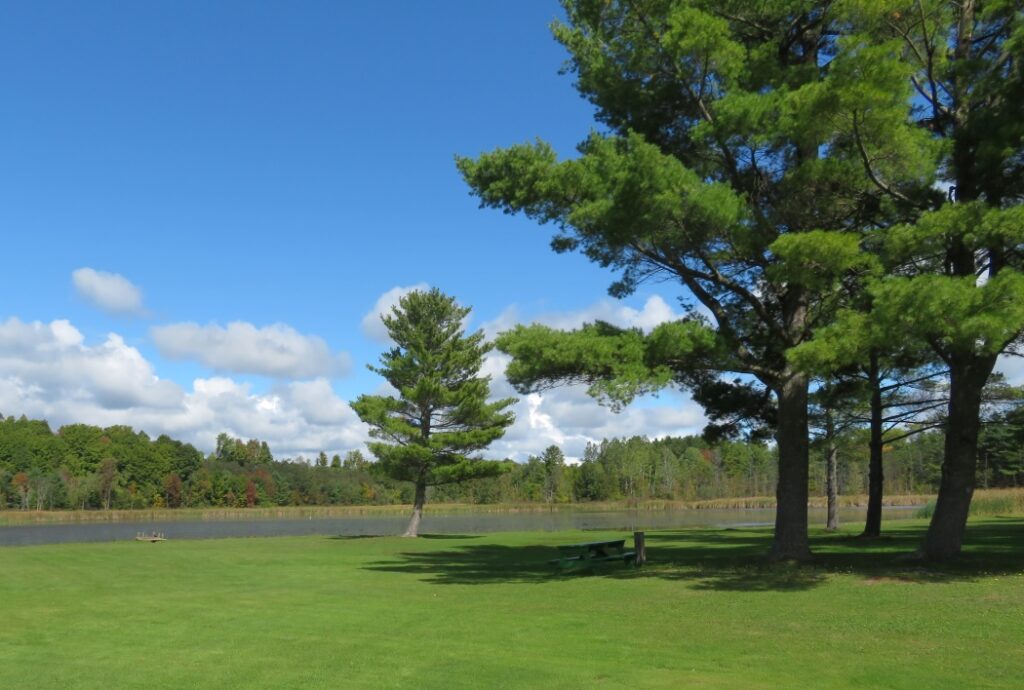 I found their website amusing, in describing the caverns as “nestled in the hallowed halls of hollow earth” and because “visitors enter the cavern by use of the petrified escalator (the 103 stairs)”. It also said that one is encouraged to touch the walls and rocks. Something that no other cave I’ve been in will allow you to do.

A civil engineer named Roger Mallery discovered both Howe Cave and Secret Caverns in 1928, but it’s been said that native Americans knew about the caves and told stories about the cool air that rose from a hole between rocks. Mallery discovered the hole when two cows fell in. Unfortunately, the cows didn’t survive. But having now explored the cavern, Mallery turned the hole into a tour site, at first lowering people by rope. Later, an opening was made with steps to allow people to enter more easily. 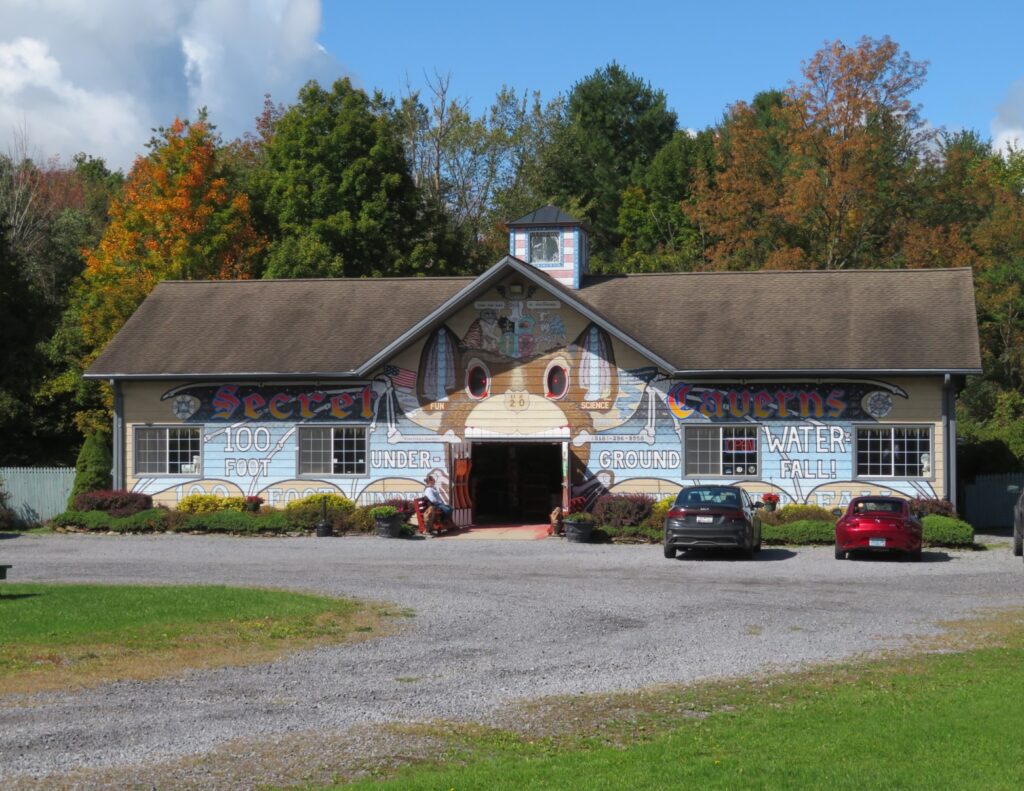 A small group of eight of us gathered in the gift shop that was cavernous in itself, waiting for the top of the hour when the next 45-minute tour would begin. The shop was curious and fascinating with geological and archaeological items on display, along with unusual things for sale, such as blocks of clear resin with bats in them, buttons, stickers, rocks, tee shirts, caps and more. It was obvious that their sense of humor displayed on their website was of the same within the store. There were hand-painted murals, animal skins and heads on the wall, strange maps, old license plates, curiosities, and two cow’s skulls, that were obviously meant to represent the two cows that showed the way down. 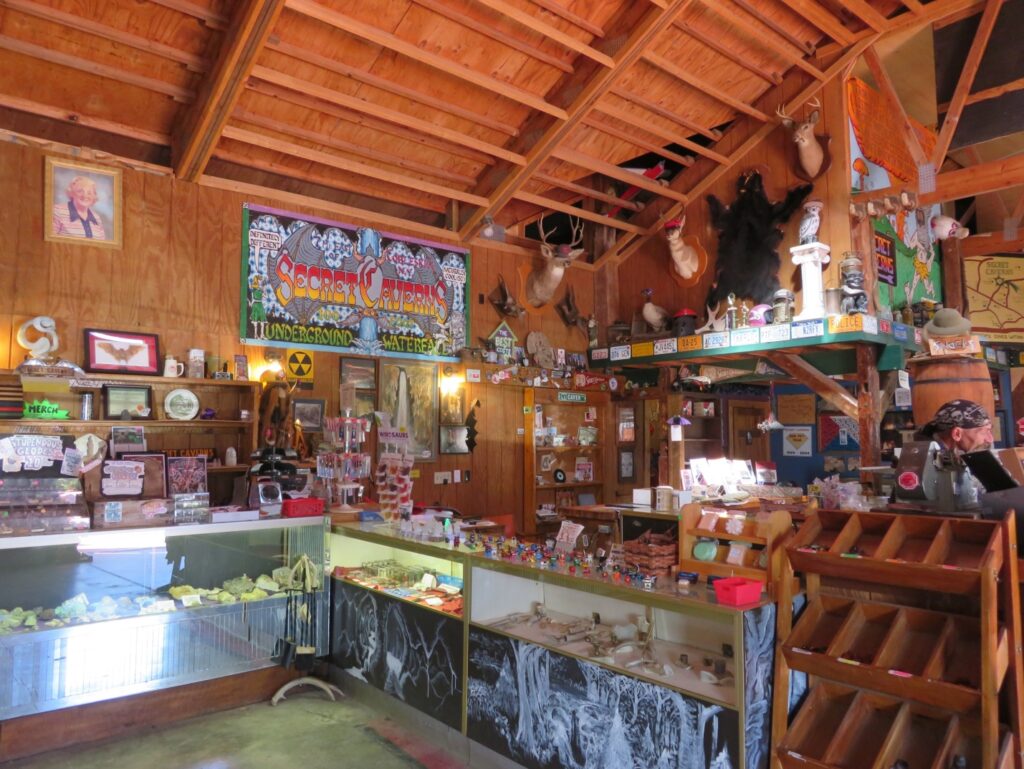 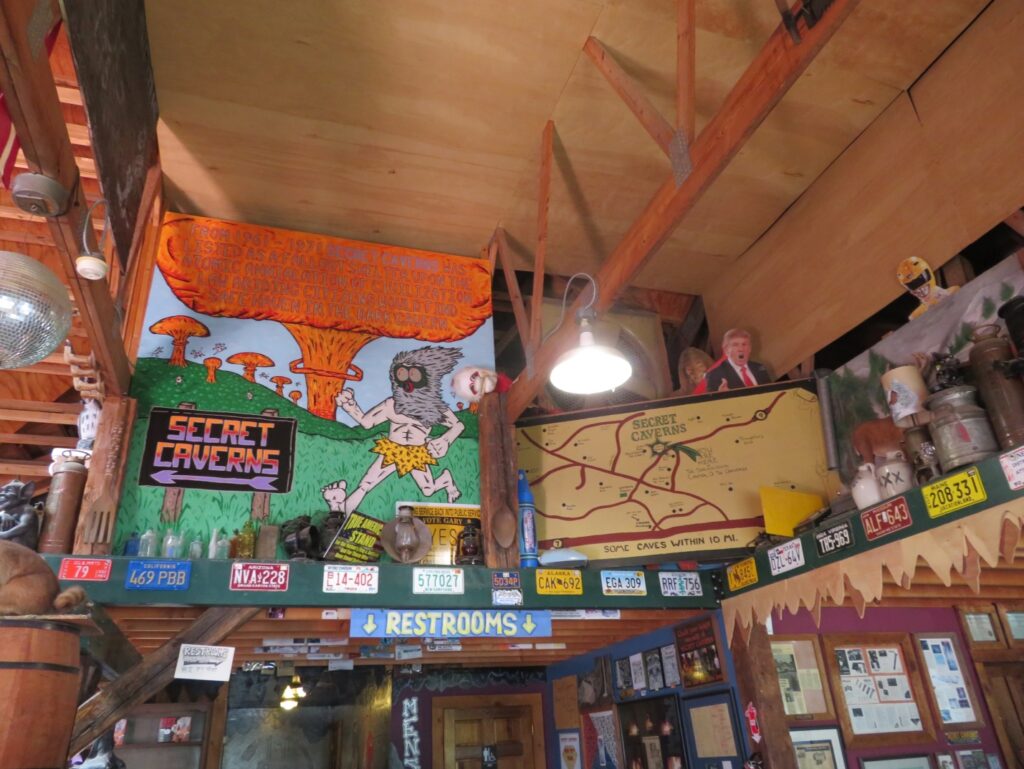